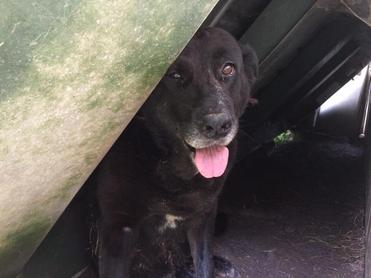 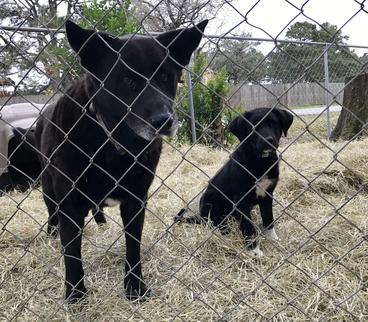 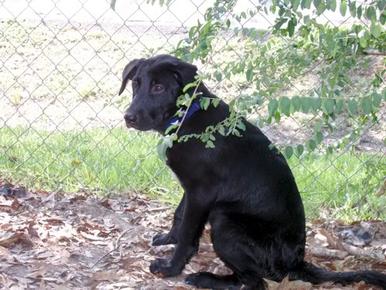 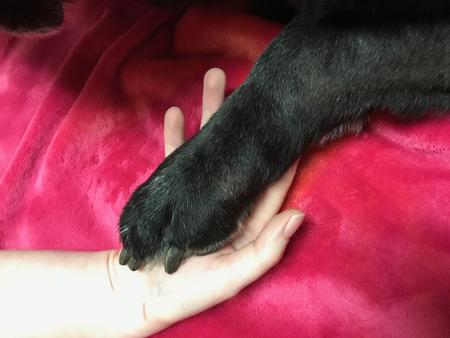 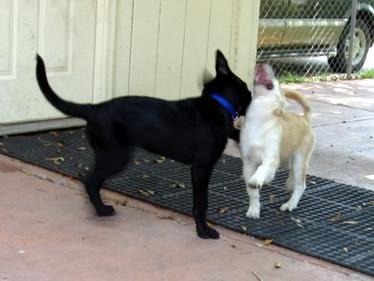 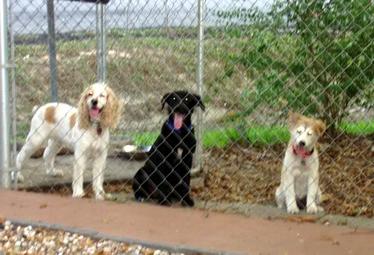 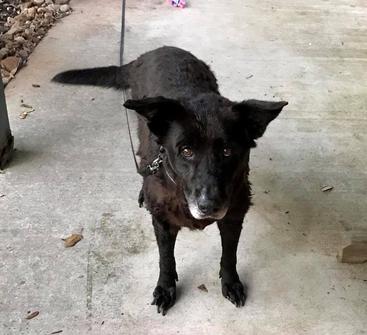 It was May 2005. I was unemployed and doing odd jobs, anything for a buck. I was driving Silver Flame, our family van, pulling a lowboy trailer on the freeway when I noticed a young puppy running along the shoulder. When I passed the black dog I pulled off the freeway onto the shoulder, opened the driver’s door and the puppy jumped in. I had to reach down to pull it up into my lap. I closed the door and continued towards home. The puppy was a Black Lab with a blue collar on. I called home and when Jennifer answered, I said to come out to the front yard and bring the kids, I want to show them something. When I pulled up to the house, I opened the door, the black puppy jumped out and greeted everyone. This was the first time as a family, we met Bella. We already had two dogs, do we really need another? She had a blue collar on but no tags.

In our back yard we have a section fenced off that we call the pen. We put the puppy in the pen and let the other two dogs get to know her through the chain link fence. We saw that they all liked each other so we opened the gate to the pen and all three dogs started playing. We knew someone out there was missing their puppy so we made up some signs and posted them around town on telephone poles. We even took the puppy to the vet to see if there was a chip, but there was none. After about a week and no one called looking for her, we decided that we will keep her and needed to name her. We kicked around some names and our Niece Mary offered the name Bella. Bella fit this young dog perfectly so she will be Bella.

The three dogs, Ginger, Zora and Bella sort of became the three amigos. They were nothing alike, Ginger was a Cocker Spaniel, Zora was a Husky Mix which I think she also had some Chow in her and Bella was an English Black Lab. They all got along well, not one of them became Alfa but all seemed to be equal in each other eyes. We live on the corner and a lot of people would walk in the evenings. All three dogs would bark like everyone was a threat, especially if they were walking a dog. Our three dogs made for great guard dogs. Our neighbors enjoyed watching them as they walked passed. Some would even bring our dogs treats and pass them through the chain link fence. One neighbor has German Shepherds and walking past our house was part of obedience training for the Shepherds. I thought it was funny that we provided the distraction to help train other dogs.

Zora and Bella were about the same age, the vet thought they were born in the same month of March 2005. Zora was my garage dog, she loved going for car rides. Bella and Ginger liked going for rides but did not beg to go like Zora did. Zora was my dog, Ginger was Jennifer’s dog and Bella was Allison’s dog. In reality, all three dogs belonged to all of us, we all took care of them. Will is more of a cat person but loved the dogs like we all did.

We noticed that the three dogs would have sort of a pack mentality. They would work together in stalking squirrels in the back yard. I saw them spread out and get to three points of the outer yard while an unsuspecting squirrel enjoying pine cone would be their focus. All at once they would all three run towards the squirrel and the poor thing had nowhere to run. Most times it would get away and find a tree to climb. There was more than one time when we came home to find a squirrel skull at our back door. I guess it was their gift to us.

We have an old John Boat that leans against our garage in the back yard. That is where all three dogs would sleep. Each fall, I brought home bales of hay for the dogs and I made sure there was plenty of hay under the boat. That boat ended up being our rescue when we flooded last August.

Last August 7th, Zora died in our back yard. She had lived a long life and I still grieve over losing her. 20 days later, Hurricane Harvey flooded our area and while evacuating we lost Ginger. She drowned while waiting to be loaded into the boat. We were able to get Bella in the boat and once in she would not leave. She stayed in the boat while a good friend and I rescued 12 of our neighbors. Bella provided some comfort to some of the people we rescued as we were bringing them out of the neighborhood. When I got exhausted and could not go anymore, I got out and rested in our friend’s house. My friends took the boat to continue the rescue of neighbors. I don’t recall if Bella stayed with the boat after that or not but she did spend the rest of the day and night on the couch downstairs at our friend’s house.

A couple of weeks after the flood we took Bella to the vet and she got a clean bill of health. She weighed 85 pounds.

I really wanted to get another ‘garage dog’. We started looking around and a friend told us about a litter of puppies that were free if we go pick one up. Using pictures on Face Book we found the perfect puppy. One Saturday we drove about 2 hours to a town near Brenham, Texas and Axle came into our lives. Axle is a mutt. He had Black Lab, Rottweiler and Australian Shepherd in him according to the vet. When we got Axle home he met Bella. Bella had been sort of depressed since she recently lost her two best friends, Ginger and Zora. We saw Bella gain new life when Axle came on the scene. Bella sort became Grandma to Axle.

Recently we noticed that Bella was not eating all of her food and started to lose weight. Her bark became weak. We thought it was because of her age, she is now 13 years old. Then I saw her walking towards the backyard and she fell. It was like her back legs gave out. We immediately took her to the vet. She got some medication to help her feel better.

Then the last few days we noticed she could not urinate, she would really try but nothing would happen. We took her back to the vet and after some testing we found out that Bella had tumors in her urinary tract. She now weighed 65 pounds, she lost 20 pounds in a short time. We had to face reality giving her age and her facing cancer treatment we knew it was time for her to be put down. That was really a difficult decision. Yesterday Jennifer, Allison and I was at Bella’s side as she went to sleep. The last of the three amigos, our freeway dog, was gone.  Rest Easy Sweet Bella.  Say hi to Ginger and Zora for us. 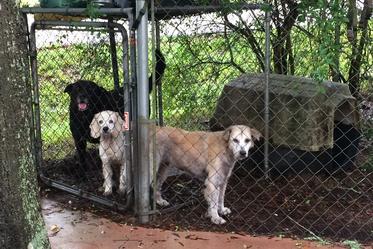