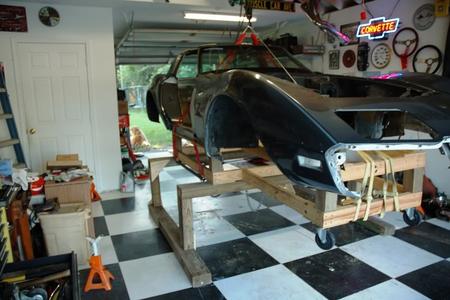 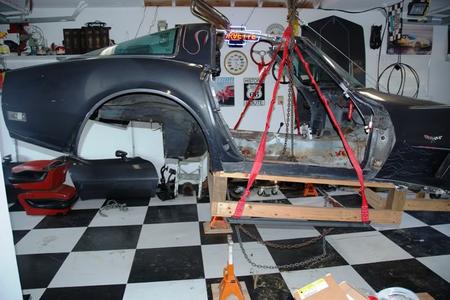 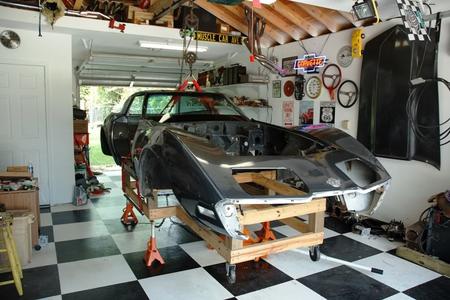 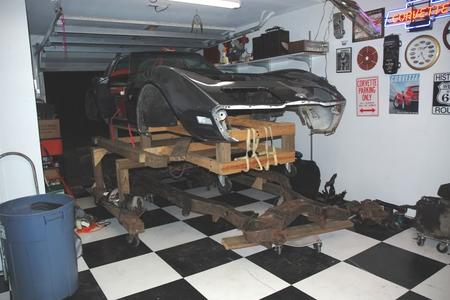 Now there is space to store the frame under the Vette and dolly.

The Vette and dolly is now hanging from the hoist.

The Vette and dolly are place on the extension, 29 inches from the floor.

One of the big problems of doing a frame off resto build is the space required. I had built my garage specifically for doing work such as this so space had not been a problem.... until recently. My kids grew up and now have cars of their own. I do not leave cars outside at night since we live so close to two major cities. Vandalism and theft are common here. We now have 7 cars to park in the garage each night. This has caused me to put off doing work to the Vette frame lately. In looking for a solution, I came up with the idea of raising the Vette along with the body dolly so I can store the frame underneath. I designed it big enough so that a full rolling frame complete with tires to be stored under the Vette.

With the lift rigging in place, the Vette is placed in position for the extension.