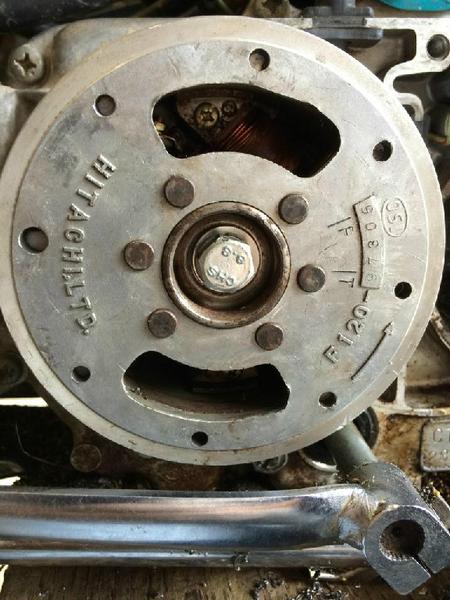 This is exactly what I wanted.  He sent me the contact info of the seller who I called and set up a time to see the bike.  When I met with the seller, he had two bikes he wanted to sell, and made me a deal for both bikes.  The bike in this picture is a 1974 CT70 and is 95 percent complete.  There are few things missing but should not take too much to get it running again.

The second bike is a 1970 CT70H which is a four speed bike.  The "H" model is somewhat rare and a more desirable bike.  The only thing about this particular one, it has been taken apart.  The owner I bought it from had started a restoration a few years ago, but did not get past taking it apart and stripping the paint off the main parts of the bike.  I inventoried this bike and it too is about 95 percent complete. 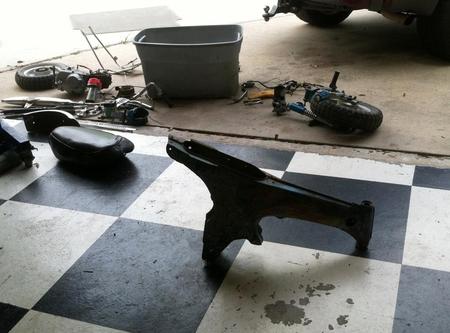 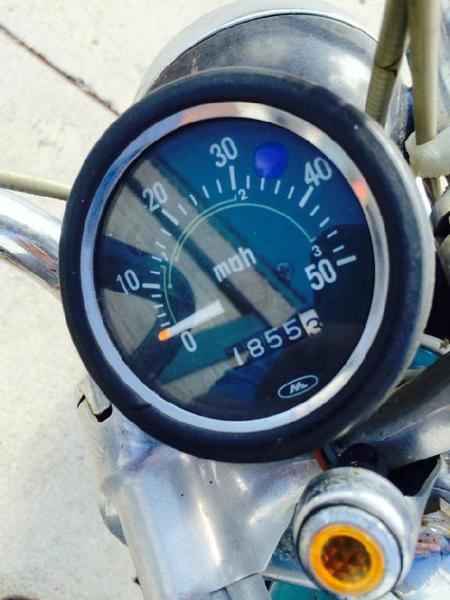 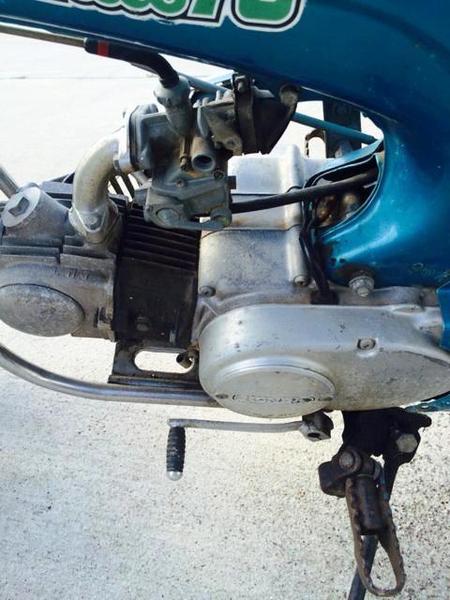 I then ground the shaft flat using the side of the cutoff wheel. 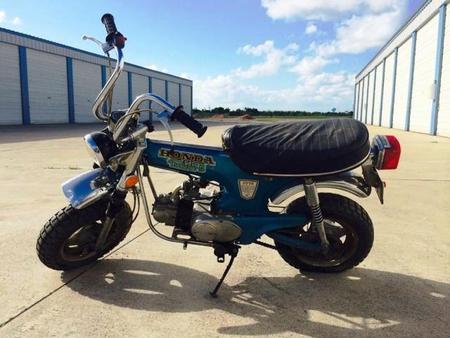 Once I got it all assembled, I set the point gap, installed the covers and chain guard and took it for a test ride.  It sure felt good to take a ride on this hot August afternoon, but was made better since there was no new vibrations from the engine.

I hope no one has to do this to their Trail Bike or ATV, but if you need to, these are the steps.  the most important thing to look for is to make sure the new threaded hole is perfectly centered. 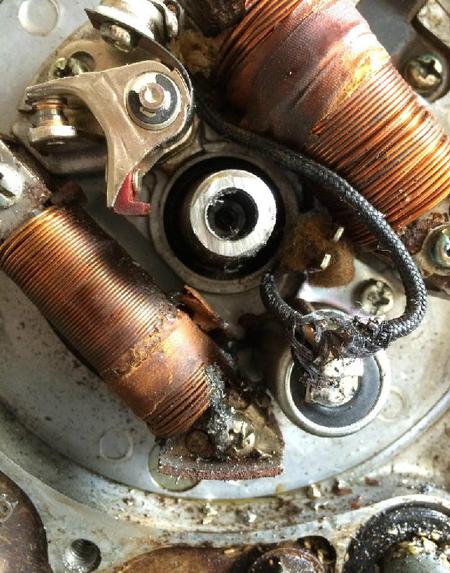 The next step is to drill a pilot hole, then a larger hole, then tap new inside threads where you can use a bolt to hold the flywheel on.  The most important thing is to make sure the new threads are perfectly centered in the crankshaft, otherwise it will be out of balance and you will never get the vibration out of the engine without replacing the crankshaft.

Here is the mark left by the tool.  It is perfectly centered on the shaft.  It may not look like it is centered since I took these pictures with an iPhone so it was difficult to center the lens to the shaft. 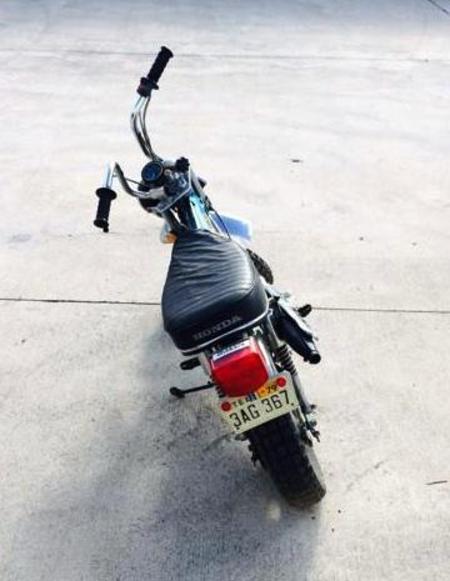 I replaced the points and condenser which is located behind the flywheel.  Removing the old points/condenser and installing the new ones was no problem.  You have to solder three wires to the condenser, but that is not difficult, but the location makes it a little challenging. I re-installed the flywheel, and not thinking, I used the impact wrench to install the flywheel nut.  That promptly broke off the threads on the crankshaft where the nut goes.  I could not believe I made such a mistake, but with mistakes, there is something new to learn.  I started searching for a used crankshaft since there are no crankshafts produced for these old K3 CT70 motors.  In my search, I found that there is actually a fix for this problem, apparently, this has been a common issue in the past of breaking off the threads.

One of the first things I need to do is work out any electrical issues there may be with the K3 Bike.  I found a great source for wiring diagrams.  Here is a link: 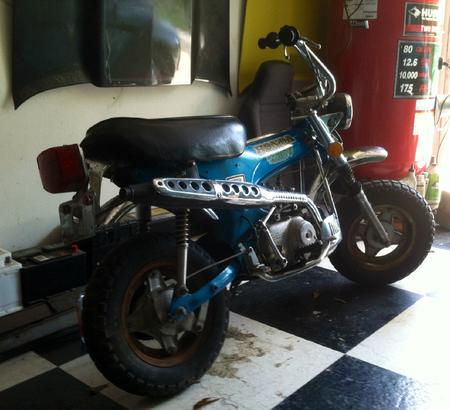 You can see that the shaft in the middle of the flywheel is broken off.

The first thing you have to do is to remove the remaining threads on the crankshaft.  I used a pneumatic cutoff wheel.  This pic shows the threads are almost cutoff. 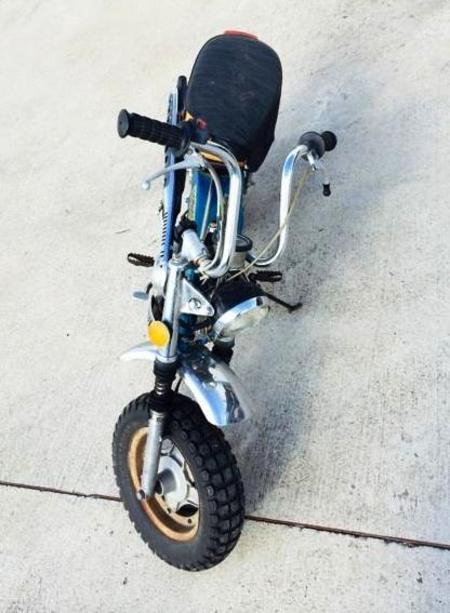 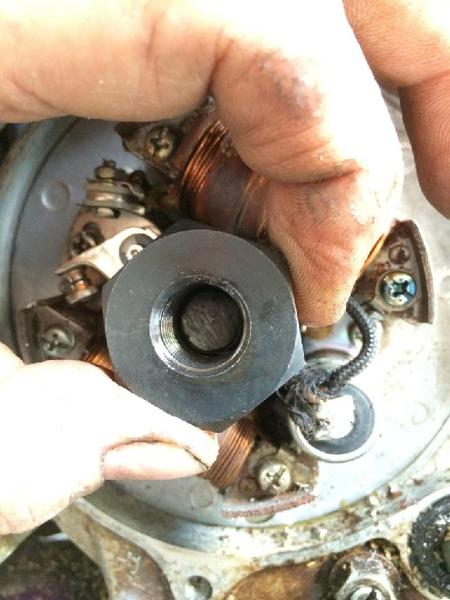 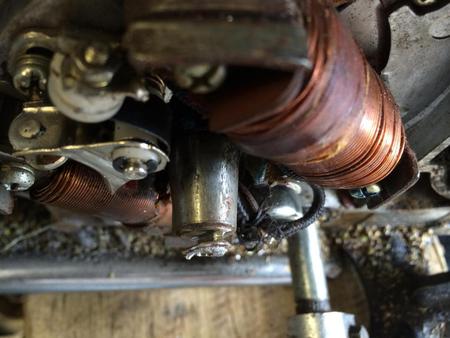 I used a flat washer, a split lock washer and a non-hardened 8mm X 1.25 X one inch bolt.  I tightened the bolt to about 50 lbs torque.

Back in the early 1970s a lot of my friends had Honda CT 70 "Trail 70" Mini Bikes.  I had always wanted one but never did get one.  A while back, I was talking with my Nephew and mentioned that one day I would like to get a Trail 70.  Recently, I received a text from my Nephew with a picture of a CT70 and he asked, is this what you are interested in?

I plan to restore both bikes back to factory specs, to keep them as original as possible.  I am not sure if that is possible since I am not sure how available parts are.  I am still learning about these bikes and searching for parts sources as well as forums. 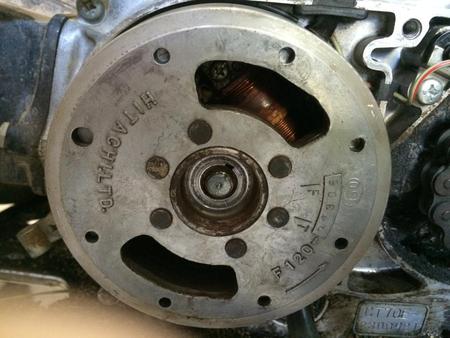 Here is what I did to fix the problem; 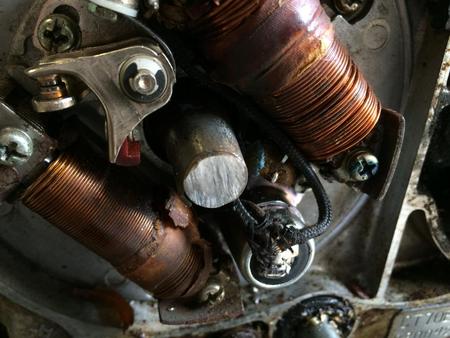