I add pages all the time here.

Here is a link to the newest pages:

Squirrel in the Worship Center

From time to time I write about observations I have about the world around me. I do not pretend to be a proficient writer, but I do enjoy putting what I see into words.  I have friends who stop by to see what I am working on or tell me about what they are working on.  We end up telling each other our latest stories while standing in the driveway.  I will add to this page when I write something.  Hope you enjoy this page as much as I do creating it.

This is the '63 Valiant toy that we got from the dealer when we bought the car for Mom.  It is sitting on top of a brick from the old Primary school where she picked me up in the afternoons.

Some of my earliest recollections of Mom was when we were living in Pasadena, Texas.  Dad had just been transferred to a new facility called NASA.  We moved from Huntsville, Alabama and lived in a rent house in Pasadena since our house in Dickinson was not built.  Mom and Dad bought a new 1963 Plymouth Valiant. This was Mom’s car since Dad drove the 1960 Chevrolet Station Wagon to work every day.  The new car had a standard shift three speed on the column.  Mom became an expert in shifting as she drove.  When we bought the Valiant, the dealer gave us a toy car that was the same model and color as our new car. That was so cool to play with that car knowing it was exactly like Mom’s new car.  Not long after we bought the Valiant, I think it was just days after we bought it, the air conditioner stopped working.  The air conditioner was an under dash add on when we bought the car.  Mom’s reaction to that was, ‘well, it has to be fixed’.  She was not upset, it was part of life, you just deal with it.  We got the car back from the dealer in about a day or so.

During this time, we would spend weekends clearing the lot where our new house was going to be built in Dickinson.  My two brothers, Johnny, Donny and I helped Dad with the clearing of the lot.  To me, a 5-year-old, it seemed that we worked way too hard!  Mom always had snacks and water on the tail gate of the station wagon ready for us.

Not long after that, our house was under construction.  It was fun to tour the new skeleton of a house as it was being built. One time we drove up and there was our new neighbor, Bruce Rogers on the second floor, we could see him from the street since there were no walls.  Apparently, his brother, Dwight Rogers played a prank on him and took the ladder away, the only way to get on the second floor at the time.  We thought it was funny, but Bruce did not think so.   The Rogers became good friends and were wonderful next-door neighbors.  They owned and operated a Malt Shop in town.

Dad had told the contractor that we will be moving in the new house in September since that is when school would start.  The contractor assured Dad that the house would be finished.  We moved in, but the house was not complete.  The contractor had to work around us at that point.  It was sort of like camping out inside, which my brothers and I loved.  It was a lot of fun.  I am not sure how Mom felt about it, but I do not recall ever hearing her complain.

I started Kindergarten that year at the Methodist Church in town.  All I remember about Kindergarten was I hated nap time.  Mom would pick me up in her white Valiant, I was so glad to see her drive up.  Donny would be in the car with her since he was not old enough to start school.

The next year I started first grade at the Primary School.  It sure seemed early in the day that we had to be at school.  I hated getting up so early and was glad when school was over for the day.  As I waited to be picked up to go home, I could see Mom driving her white Valiant from a block away.  I was so glad to see her pull into the school parking lot for me to go home!  Today in my garage, I have a brick from the old Primary school with that toy 1963 Valiant sitting on the brick.  It is a reminder of the days Mom would pick me up from school in her white car.

Fast forward to 1973.  Mom was diagnosed with breast cancer.   After her surgery I recall it taking her awhile to recover and us boys had to help more around the house.  I had just gotten my learners permit for driving so I volunteered to take Mom every week to the hospital in Texas City for her cancer treatment.  Mom’s new car at the time was a 1973 Vega.  I liked that car and it was fun to drive.  I would sit in parking lot and read a book while Mom went inside for her treatment.  The treatment would take about an hour.  I remember Mom being very tired when she came outside to go home so I would watch for her at the door and drive up close.  Thinking back, it is scary to think that we might have lost her when I was 15 years old, but through God’s grace Mom is with us to this day.

One year for my birthday I bought Mom a gift since she gave me birth.  That surprised her and I think it meant a lot.  Thinking back, I should have done that for all my birthdays.

Mom has always been and still is my confidant and prayer warrior.  My personality is more like her side of the family, so we sort of have a connection there.  My son Will was born on her birthday, July 18th.   Will has a special connection with Mom too partly because of their shared birthdays.

Over the years, Mom sure put up with a lot from my brothers and me.  In our teen years we all worked on and modified our cars.  That meant that we brought grease into the house.  We had a laundry room downstairs and I can still hear Mom telling me to wash up best I can, take off my clothes before going upstairs to take a shower.   We always did what Mom wanted us to do since she always asked us in love and because she asked so little from us.  To my brothers and me, we have the best Mom in the world! 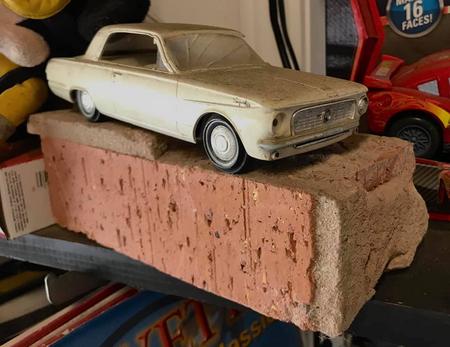