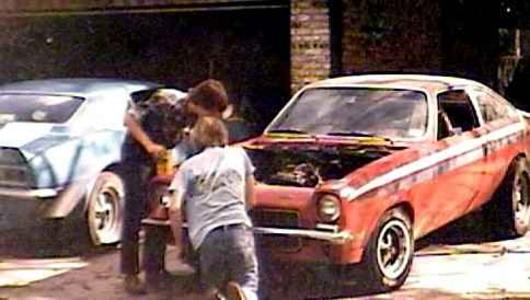 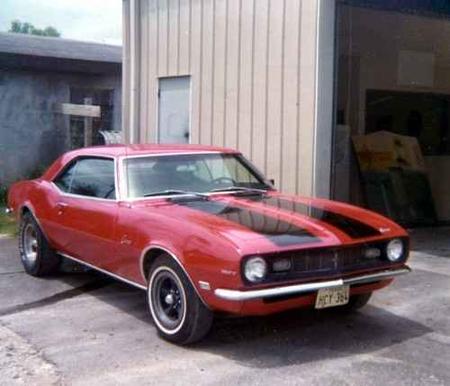 Here is my '68 Camaro.  I had several different paint schemes along with several different engine/trans combos.  I had as small as a 327 small block to a 396 big block.  I even had a 3 speed manual trans and ended up with a M-22 four speed.  Notice the old style traction bars underneath.  In this pic, I had just put the slicks on to take it out to the drag strip.  Jack-stands are under the front to get this pic of the Camaro pulling a "wheelie" No photo shop here, just jack-stands. :) 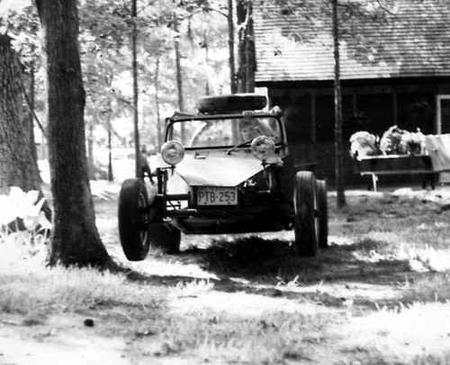 Johnny had a really cool '71 Z/28 on which he molded an L-88 hood scoop.  This was the first time I had ever seen an L-88 scoop and have loved them ever since.  Anyway one time Johnny was in Galveston heading to the beach when someone pulled out in front of him and this was the result.

In 1973, my parents opened up an automotive shop for my brothers and I to manage.  It was called "Precision Automotive".  Later the shop was re-named to "Overton Brother's Custom Body and Paint"  We had a pretty good client base to keep us busy, but being teenagers our priority was our own cars.  By 1975 we went out of business.  Here are a few cars that we painted:

Here is a pic of the dune buggy pulling a wheelie in our back yard. 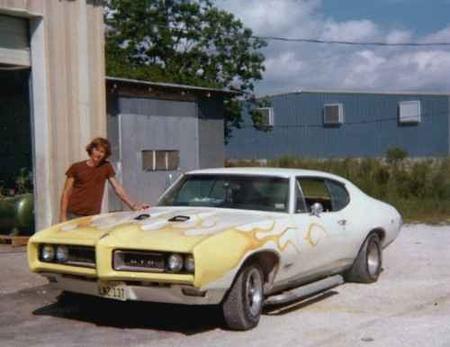 Back in those days, in the early 1970's, my brothers and I spent a lot of time at the local drag strip, Houston International Dragway.  One time I ran the dune buggy in a bracket ET race.   I was put up against a big block '62 Vette.  In that race I was half way down the 1/4 mile before the Vette was given the green light.  I crossed the finish line just feet ahead of the Vette.  I was going 80 miles an hour and he flew past me at over 140 mile per hour.  I won the race which did not sit well with the Vette driver, but that is life in Bracket Racing. :)

When I was 15 years old, I bought my first car, a 1965 VW Beetle.  I immediately pulled the body off the frame, cut the frame in half to take out 18 inches.  My plan was to build a Dune Buggy.  With the help of my Dad and brothers, we welded together a tube frame under the VW pan frame for strength.  We hired out to have a roll bar fabricated, then welded a tube frame forward to make a complete tube frame around the driver's area.  I found a rear window out of a 1965 Chevy truck in a junkyard, welded together an angle iron frame to hold the window.  Using the original window molding from the truck, this became the windshield.  I made the front end out of plywood. 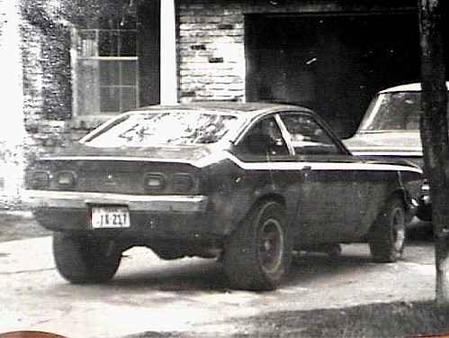 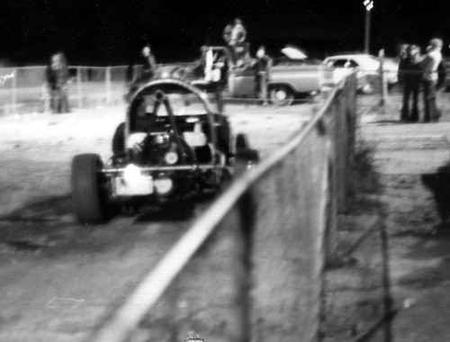 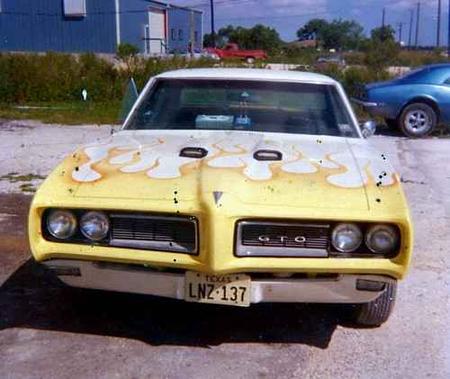 This is my brother Johnny's 69 Camaro with popular at the time paint style.

My '68 Camaro painted with flames is in the background.

My other brother, Donny dropped a 350 small block in this '73 Vega.  The Vega had Vega GT wheels on the front and second gen Z/28 wheels on the back.

Again, my '68 Camaro painted this time in Z/28 stripes is in the background.

When I was in High School in the mid 1970s, I drove a '68 Camaro and a '71 Corvette. Neither one had cup holders. We would cruise around for the sake of cruising and every once in a while get challenged to a street race. My drink of choice was a bottle of Coke or Dr Pepper. Canned drinks were just starting to show up but bottles were the most you would find. I recall driving the Vette, which was a 4 speed, I would hold the Coke bottle with my legs as I shifted gears. One night right after leaving the store with a fresh bottle of Coke I was challenged to a race between lights. I knew I could take this Mustang, no problem. I put the Coke bottle between my legs and when the light turned green I dumped the clutch and planted my foot into the four barrel. All the Coke in the bottle ended up all over my shirt.

The original muscle car days were fun but we had no creature comforts like cup holders or A/C.
I would not trade that time for anything. Lot's of good memories. 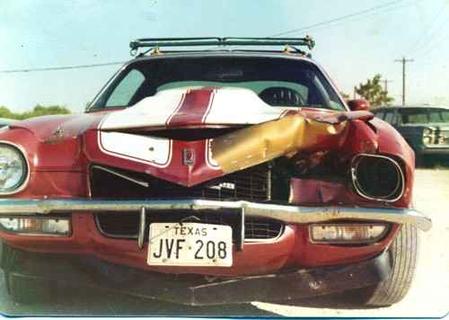 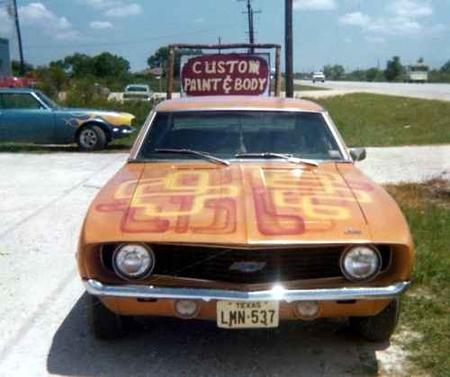