I moved into Bratsches boarding house while I waited for student opening.  Bratsches was a two room apartment that consisted of a kitchen and a bedroom/living room. The bathroom was off the kitchen.  I had two roommates, Kent from Colorado and Paul who was from Houston, Texas, but was a student at the University of Strasbourg in Strasbourg, France.  If there was an opening for supper in a chalet, one of use would be invited.  Every student was assigned daily where to have lunch, where to work and where to eat supper.  If one of the student knew they would have to miss supper, they usually notified the host who then sent someone to one of the boarding houses to invite future students.  I think one time Paul was invited to supper, I was never invited. Since we had to fend for ourselves while waiting to be invited to become a student, our boarding house along with another boarding house would get together to cook our own suppers.  I don’t recall going over to the other boarding house but they would show up at Bratches.  Wendy was one of the tenants of the other boarding house that came over to Bratches for supper.  There seemed to always be a self-proclaimed cook that would take over the kitchen, I was never one of them.  I recall one evening when we had what we called a “5 course meal”.  We all sat around the round table in our bedroom/living room until late at night.  We had some really interesting conversations which was consistent to all of L’Abri.   I have fond memories of these hours on end around the table.  Most all of us where at L’Abri looking for something and for me it was meaning and direction for my life. 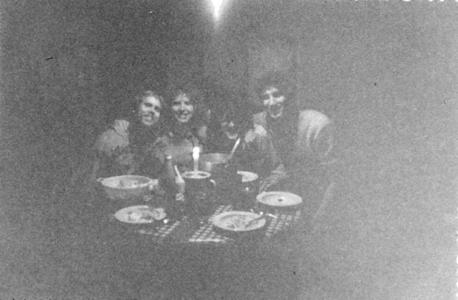 During the day we would walk to Villars, the ski resort town about a 30 minute walk from Huemoz to shop for groceries and other thing we needed for daily life.  I was always glad that the return trip was all downhill.  One time I bought a small towel, an alarm clock and a notebook.  I was about halfway back to Huemoz when I remembered that I had forgot to buy something I needed, I don’t recall what it was.  I went back to the store with the items I had bought still in the sack, found what I needed and went to check out.  The store clerk, who had checked me out a few minutes before ask for my receipt for the things in the bag, there was no receipt.  I had to pay for all those items again otherwise she would not let me have them.  The way she was grinning, she knew she was taking advantage of me, but I had no way to prove I had already bought those things.  I was pretty upset at how I was treated and that was one of the things we all talked about that that evening over supper.  The next day I felt better about what happened.  Every time I went to that store, I made would ask for the receipt and each time that clerk seemed put out that she had to print out the receipt.

On 19 February I was notified that there may be place available in Chalet Bethany.  I was to report to Chalet Melezes at 3:00 that afternoon.  I was excited to find out that there was a place available but I had to wait until 10:00 the next morning to move in.  Since I had already packed up to move out of Bratches since I thought I was moving out that day, I unpacked only what I needed to spend one more night.  The next morning I went to Villars to pick up a few more things that I needed since I did not know when I would be able to go once I was enrolled as a student.  The long hike using trails to get to Villars was invigorating on this beautiful morning.  I loved walking down the main street of Villars looking in the windows of the stores.  Going back to Huemoz was easy since it was all downhill.  Once I was back in Huemoz I went to Bratches to grab my backpack to move to Bethany. 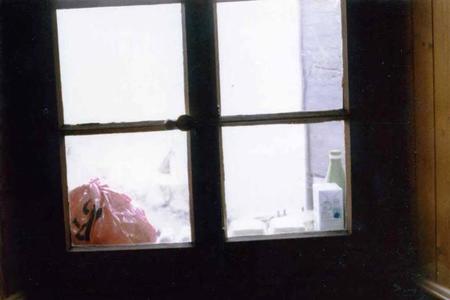 One of the meals at Bratches.  From left to right; Kent from Colorado, Wendy from Wisconsin, Paul from Texas and I don't recall the name of the guy on the right.  He was student at the University at Strasbourg, France. 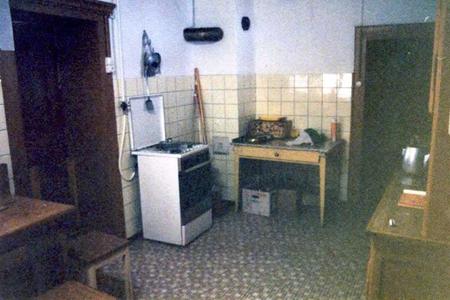 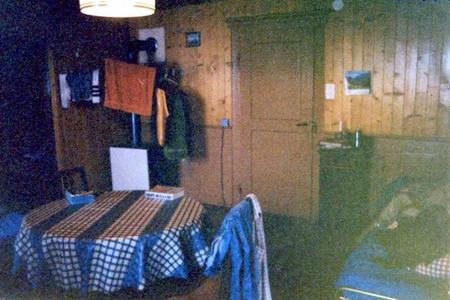