As soon as I woke up, I got my things together and checked out of the Pension. I knew I could find another pension that was more affordable. It did not take me long to find it. I checked into a Pension near the train station which is in the middle of Florence. I got a locker for everything I did not want to carry around with me today and set off to explore the old city.

I have always loved touring art galleries and museums. Florence is rich with them. Being able to see some original Michelangelo’s work was awesome. The gallery where the “David” is on display was amazing to go through. Seeing the David in person was awe-inspiring. But what I enjoyed most about this gallery was the hall of unfinished work of Michelangelo. There were countless sculptures that had been started but never finished. When Michelangelo found a crack or blemish in the stone, he would stop working on that and move on. These were the works he threw away.

In Florence there are many outdoor markets. This is where I bought several things as souvenirs and gifts. I bought Mom a leather wallet that she still has today. In fact, she showed it to me recently. I also bought Dad and my brothers something here as well. I did not say what I bought in my journal and I really don’t recall what they were.

After a full day of exploring Florence, I found a sidewalk pizzeria, bought my dinner and watched as people walked by for a while. I fell in love with Florence. The art, the life, the people are so inviting. I wish I could spend more time here.
The next morning, I went to the train station to catch the first train to Pisa. The train ride was about an hour. I recall when I was staying at my grandfather’s when I was younger talking with him about his time in the Great War that we also call World War I. He told me many things about his experience there but when he talked about Europe in general, he told me about seeing the Leaning Tower of Pisa. Because of his stories, I was determined to see that leaning tower.

My first sight of the Leaning Tower I stood there trying to soak in everything. I realized that at age 20, I am probably older than my Grandfather was when he saw this. It was exactly as he described. I walked over to the tower, walked around it then went inside to climb the stairs to the top. There were a lot of other people also climbing their way up and down that staircase. The stairs went around just inside the walls and one thing I noticed is that the stone stairs were worn in the direction of the lean. In other words, when you were on the downward side of the lean the steps were worn to the outside, when you were on the upward side of the lean the steps were worn towards the inside. Funny how people over the centuries take the path of least resistance, even when the staircase is leaning. Going up the steps would level off on different levels that had an outside walkway. After a few levels, the crowd of people lessened so getting near the top there were only a few people still climbing. Walking out onto the walkway was a little spooky since you could really sense the tower’s lean.

After climbing back down and leaving the tower I sat across the field from it to just look at it. I then walked through the cathedral for which the tower was built. Funny how the magnificent cathedral was there but the interest was in the bell tower that leans next to it.

View of the Cathedral from the top of the Leaning Tower

I got back to Florence at 16:00 that afternoon. I walked around the city until sunset taking in the sights and sounds of Florence. Tomorrow, I am going to Venice, so I am enjoying what time I have left here. 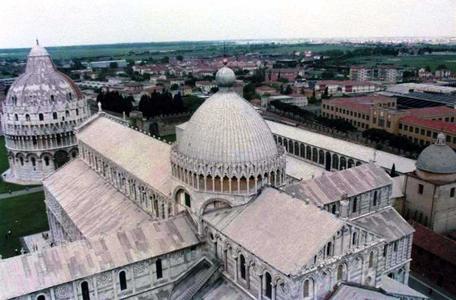 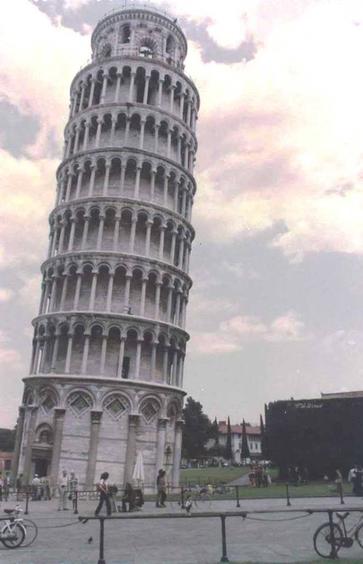 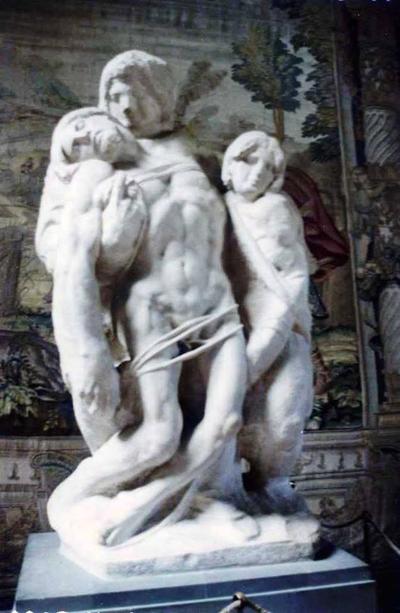 Florence and Pisa
Venice and Salzburg
View on Mobile