I have always had some kind of project that I work on in the garage.  My first project when I was a teenager was building a dune buggy from a 1965 VW Bug.  I had help from my brothers and Dad.  There were many times when I worked on the dune buggy by myself but I have always had a pet nearby.  Those days our family pet was a mutt who we named Eva. Eva was born the same week Neil Armstrong first walked on the moon and the act of walking on the moon was known as an EVA or Extra Vehicular Activity.  Eva had some Bassett Hound and Beagle in her but not sure what else. She hung around the garage while I worked until I got too loud with my tools, then she would disappear.

A few years later I had a ’68 Camaro.  Around that time I had rescued a baby owl from the San Jacinto Battle Ground.  I named after Sam Houston.  Sam had a cage that I would hang from the ceiling of the garage or in this case carport, where he would watch me as I worked.  Sam had free reign in my room but outside he stayed in a large cage.

During and after college I did not have any pets until my cat Doc came along, a Maine Coon Cat.  I was single and working in broadcast video when Doc showed up.  In broadcast one inch video tape machines there is a Time Base Corrector that kept video from tape timed correctly and held broadcast standard for the image.  In the TBC (time base corrector) there is a circuit called a DOC for Drop Out Compensator.  What the DOC did was to take video lines from above and below and filled in missing video on a frame so the picture would look complete.  Without the DOC card or circuit, the video image would have spots where the emulsion on video tape was missing.  I named this cat Doc since he was my Drop Out Compensator in my life since I was single.  That is what nerds do, we name our pets from technical stuff like that.   Doc did not care much for hanging out in the garage when I was working but would be nearby outside.    Every once in a while he would bring me a mouse or rat to show his love.   Doc was still around when Jennifer and I got married.

After Doc, we went too many years without a pet.  My garage was built in 2002 and around that same time we adopted Annie from my brother’s family.  Annie was a South Carolina Yellow Dog who are descendants from the Australian Dingoes.  Annie was my first official Garage Dog in my current garage.  In fact I built my project website in honor of Annie called Big Dog Garage.  So www.bigdoggarage.com has become my online reference for everything I work on in the garage.  I put stuff on there like links and other info so I can find them easier.  Annie died on Valentine’s Day 2005.  I buried her behind the garage.

Soon after Annie died, I started looking for another garage dog. I saw a local ad for puppies nearby so Jennifer, Will, Allison and I went to see if we would like to bring one home.  We brought home a six week old Husky mix who I named Zora.  I think Zora also had some Chow in her as well.  She had a purple tongue.   I named her Zora in honor of Zora Duntov, the father of the V8 Corvette.  Zora Duntov was instrumental of developing the Corvette into a high performance machine we know today.  Before that the Corvette was a sports car much like European car of the late ‘50s.

Since I was unemployed at the time I would pick up Will and Allison from school in the afternoons. Zora would always ride along and she developed a love for riding in cars.  Zora and I became close friends and I expected her to protect the garage by letting me know when someone would come close, especially at night.  She did her job well.  Zora spent a lot of time in the garage with me but I had to keep a leash on her that was tied to the vise or someplace solid.  She had to have a leash because when someone would walk by she would take off after them.  She was a great barker and protector.  Zora was a sweetheart but she also took her job seriously.  When I would get the VW Bug out to go for a drive, Zora would start pacing the fence to let me know she wanted to go with me.  There were sometimes I would leave without her and she looked so sad as I drove off.  When I came back she never held a grudge but was always glad to see me.

Zora had some quirky habits; she would push a brick around the patio and bark at it.  It was the funniest thing to watch.  We never could figure out why she would do that but when we heard her doing her thing we knew that it was just Zora.  When I would walk out of the house to go to the garage, Zora was always there and looked like she was smiling.  Most times when I was working in the garage she would sit at the back door where I put a temporary fence so she could watch from the yard.

We knew Zora was reaching the end of her life in the last year.  She was losing her hair and developed some lumps that we thought might be some kind of cancer.   Yesterday when I came home from work, she was laying out in the backyard dying.  We penned the other two dogs to keep them away from her.  Digging her grave was one of the most difficult things I have done in a long time.  Will and Allison helped me with the task, which I was grateful.  We buried Zora near the spot where she would sit to watch me work in the garage.

I have lost many pets over my life but I think losing Zora has been the most difficult for me.  I will get another Garage Dog, but I think I will wait a while before I start looking for another one.  Our other two dogs are good pets but they are not Garage Dogs, much like people are car guys or not. 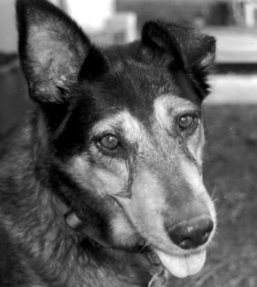 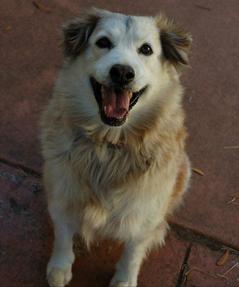