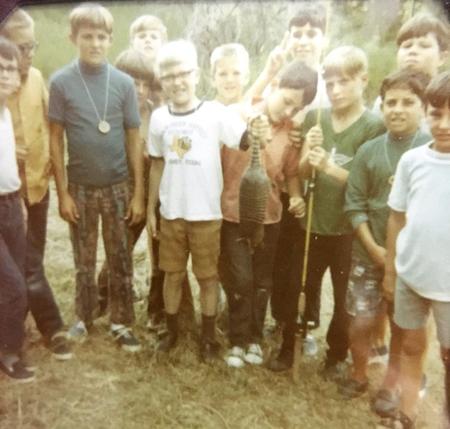 When I was about 10 years old we were at RA Camp at Palacios, Texas. There was a river nearby where we would have fun in canoes. While we were waiting for the canoes to be launched, I saw an armadillo in the grass so I took out after it. I ended up catching it and before I knew it someone got a knife out and killed it. This picture has me holding the armadillo by its tail with all the other kids who were there. I was upset that they killed it, I just wanted to see if I could catch it. This pic also proves that I have always been a geek, check out the plaid shorts and black socks. I was never one to impress anyone, just being myself.