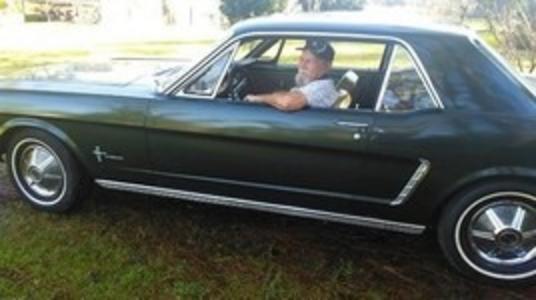 I had several people who I considered my Mentors as I grew up. There is one guy who was my Mentor for my career, his name was Mickey Palmer.  I had just graduated college in 1983 with a BS in TV Broadcast and my first career job was working for Phil Arms Ministries in Pasadena, TX. I say career job since immediately after graduating went out to the shipyards to work on Towboats and Barges until I was offered the job later in the summer of 1983 at Phil’s. When I left the shipyard work, I had been out there since early high school and all through college. I spent a total of ten years working on tug boats and barges.

One of the first things we did at Phil Arms was to build a TV truck since we took the multi camera system on the road for high school stadium crusades. This was the second TV truck I had taken part in building. I had worked as an intern at NASA the summer of 1980 and one of the many thing I did there was to help build two TV trucks that were used to video the Shuttle landings. One truck went to Edwards Air Force Base and the other one went to White Sands Missile Range in New Mexico. At Phil Arms, we had a four camera system with two 1 inch machines. Our truck had an on board generator for times when we did not have access to power. One time I was having problems with hum bars in the video signal when on generator power so I knew we needed some type of power conditioner. I had lots of experience with generators on tug boats but clean power was not really an issue on the boats. I asked around to find someone who may know what I needed to do for power conditioning and Mickey’s name came up several times as the ‘Best Video Engineer in the city of Houston’.

Mickey was a video engineer who worked many large and highly visible projects, starting with designing and building the NBC studio across the street from NASA on top of a hotel in Houston during the Space Race Days. When the latest news of what was happening during the Gemini and Apollo missions were broadcast from Houston, the video feed most likely came from the system he designed and built. When I called Mickey about our truck generator problem, he was very personal and professional on the phone. When I described my issue, I told him about my experience with generators on the boats. His whole persona changed immediately when I mentioned having worked on tugboats. He said excitedly that he also worked on tugboats when he was in high school. We hit it off as good friends that day. Later that week he came out to look over the TV truck and gave me some good advice which cured the problem we were having. Mickey invited me to lunch and we talked more about working on tugboats than we did about TV Engineering. He found out I was also car guy since my Corvette was at the truck. He told me about his 1964 Mustang so then we had another common thing to talk about; cars.

As the years went by and jobs changed, I always kept up with Mickey. I would call him from time to time and he would call me. Many times I would stop by his shop just to talk.

When I started working at Second Baptist in Houston in 1990 as their TV Editor then as their Chief Engineer, I would call on Mickey for TV projects. He taught me how to design complex video systems and how to install and integrate broadcast systems. We hired Mickey to do the system design and be the Project Manager to replace the TV System in 1996. We did a complete tear out and rebuild of the TV system at the Woodway campus. I learned a lot about systems design and installs that year.

Mickey started to restore his 1964 Mustang in the late 1990’s. We had sort of a rivalry going since I was into Corvettes and he was a Ford guy. One time he stopped by to pick me up for lunch and I asked him what he was driving. He would not say. As we walked to the parking lot he finally tossed me his keys and I noticed they were GM keys. I was shocked that he was driving a GM car since he was so vocal about how he did not like them. He stopped in front of a yellow Corvette and asked did I want to drive or should he. I could not stop laughing since he had always made fun of my Corvette.

For many years, Mickey was responsible for the Houston Rodeo video system that fed broadcasts and recorded the rodeo. The Houston rodeo is a huge event every year that lasts for a couple of weeks. There were a few times he would call me and offer some rodeo tickets so I could go out there to see his latest TV System creation. One time he gave me four tickets so I could take my family to the rodeo. When I left Second in 2004, I lost track of Mickey and I really missed our conversations. A couple of years ago he sent me a friend request on Facebook out of the blue. I have to say, that made my day when I saw that! The only communication we had these last few years was over Facebook. I wished we had met up for lunch somewhere.

Mickey passed away last week on May 31st. I will miss our conversations and teasing each other over our cars. He was a good friend and Mentor.